FREAKS & CLOWNS - WE SET THE WORLD ON FIRE CD

or make 4 interest-free payments of $4.75 AUD fortnightly with 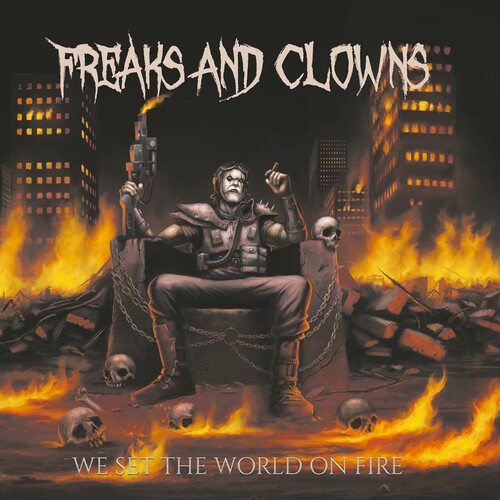 FREAKS & CLOWNS - WE SET THE WORLD ON FIRE CD

The band, founded by "Astral Doors" founding member Johan Lindstedt and singer Chrille Wahlgren, has dedicated itself entirely to honest, straightforward heavy metal. Catchy choruses and hooks is the name of the game.

With their new album, the band presents itself stronger than ever and wants to honor all metal heroes of the 80s.

We Set The World On Fire seamlessly follows on from the successful previous albums. 13 hard-hitting songs that once again take no prisoners, but push forward at full throttle from the very first moment.

WE SET THE WORLD ON FIRE - FREAKS AND CLOWNS